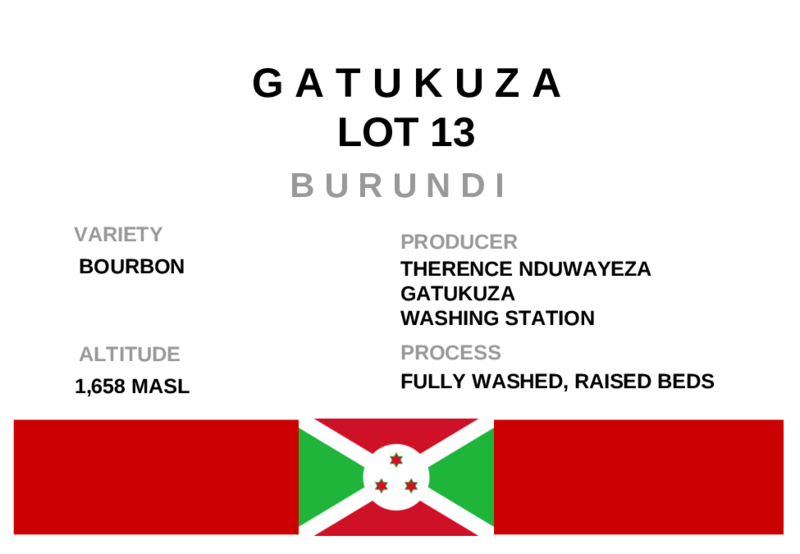 This coffee comes from producer Therence Nduwayezu via our supply chain partners at Osito Coffee and the Long Miles Coffee Project .

Gatukuza washing station is named after the hill it’s built on. The word ‘Gatukuza’ comes from Kirundi, the local language spoken in Burundi, but has no distinct meaning or translation.  For as long as people can remember, that’s what the hill has been called.  Gatukuza washing station is nestled in the Gashikanwa commune, in the northern province of Ngozi.  The people who call Gatukuza home grow almost everything they love to eat- bananas, potatoes, beans, maize, sweet potatoes, peas- wrapping the hill in every imaginable green. 600 farmers from 8 neighboring hills deliver the cherries to Gatukuza washing station.  Therence and his team also mapped out the regions that are far from the washing station or don’t have access to any nearby washing station.  That’s how they picked the 112 spots to create transit centers – cherry collection and quality check points set up on the coffee hills that shorten the distance farmers have to travel to deliver their cherries.  More than 10,000 farmers from 9 communes delivered their cherries at these transit centers this season.