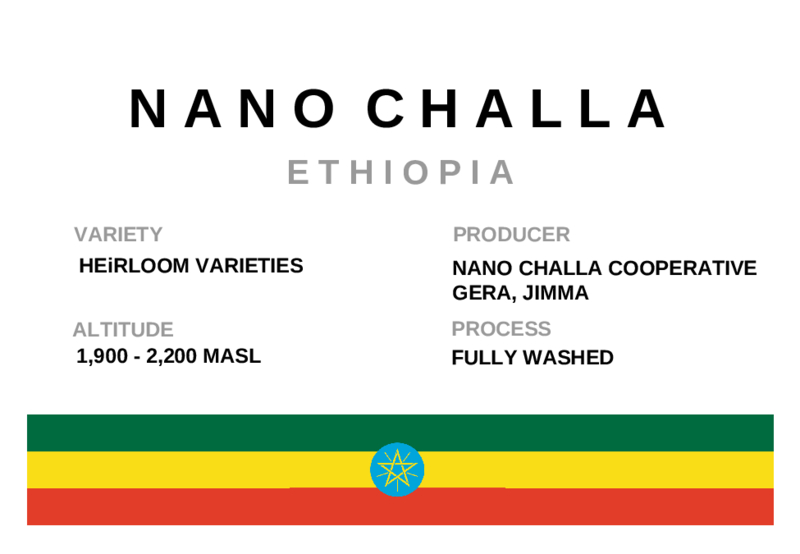 The Nano Challa Cooperative was founded by 25 small local farmers in 2004 in the Jimma Zone of western Oromia, also known as the Gera District.  This is also home to one of Ethiopia’s last remaining rainforests that provide shade wild coffee trees.

In 2010, helped by the Technoserve Coffee Initiative funded by The Bill and Melinda Gates Foundation,  Nano Challa added a washing station to their production system thus allowing them to transition from poor quality natural processed coffees to producing pristine lots of washed coffee which has resulted in commanding much higher prices for their coffee production.